Future Champions Golf is pleased to announce the points race for the 2019 FCG World Series Tournament System! The FCG World Series has quickly become one of the best junior golf series in the world with several massive events offering opportunities for all ages of junior golfers to compete with kids from around the world in their respective age divisions.  The FCG World Series Points Race has teamed up with Callaway Golf and the following PGA and LPGA Tour Players for the Annual Award. 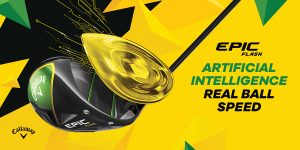 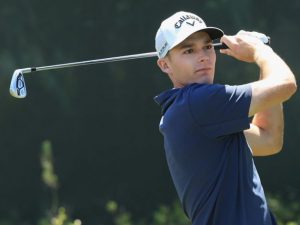 Aaron Wise – Boys 15-18 Division Ambassador
Aaron is a former FCG Tour player who was very successful throughout all levels of the FCG Tour.  He ended his FCG career winning the 2014 FCG National Championship at Sycuan/ Steele Canyon GC.  He went on to play College Golf at University of Oregon where in his Sophomore Year he won the NCAA Men’s Division 1 Golf Championship.  He then turned professional and quickly earned his PGA Tour card for 2018 and in just a few starts won a PGA Tour Event!  He was recently awarded the 2018 PGA Tour Rookie of the Year Award.
2018 FCG Aaron Wise Award Winner: Owen Avrit 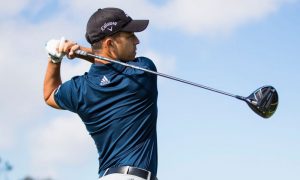 Xander Schauffele – Boys 13-14 Division Ambassador
Xander also grew up playing some FCG Tournaments as junior golfer growing up in San Diego, CA.  Surprising to many but Xander finished in 17th place in the 2010 FCG National Championship (View Leaderboard). Since his junior golf days he went on to play college golf at SDSU and was a standout player.  He then earned his PGA Tour card in 2017 and won twice in his rookie season becoming the 2017 PGA Tour Rookie of the Year,  Xander recently won again, this time a PGA Tour World Golf Championship!
2018 FCG Xander Schauffele Award Winner: Kyle Kolodziej 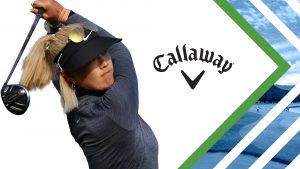 Michelle Wie – Girls 15-18 Division Ambassador
Michelle is is an American professional golfer who plays on the LPGA Tour. At age 10, she became the youngest player to qualify for a USGA amateur championship. Wie also became the youngest winner of the U.S. Women’s Amateur Public Links and the youngest to qualify for an LPGA Tour event. She turned professional shortly before her 16th birthday in 2005, accompanied by an enormous amount of publicity and endorsements. She won her first major at the 2014 U.S. Women’s Open. (Source – Wikipedia)
2018 FCG Michelle Wie Award Winner: Ashley Lau Jen Wen 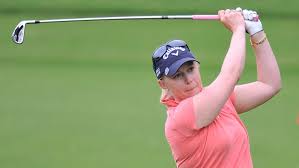 Morgan Pressel – Girls 13-14 Division Ambassador
Morgan is an American professional golfer, currently playing on the LPGA Tour. In 2001, as a 12-year-old, she became the youngest player to qualify for the U.S. Women’s Open. She was the 2005 American Junior Golf Association (AJGA) Player of the Year, and won the 2006 AJGA Nancy Lopez Award. She turned pro at age 17, and is the youngest-ever winner of a modern LPGA major championship, which vaulted her to a career-high fourth in the world rankings.[1]
2018 FCG Morgan Pressel Award Winner: Ashley Yun and Euna Kawabata