Over the course of the past two weekends, we had our 8th Annual Texas Championship! The winner of each age division also earns an exemption into the 2017 IMG Academy Junior World Championship. The first leg of the event were the 13-18 divisions and took place over the March 4th-5th weekend at The Trails of Frisco Golf Course. The Trails of Frisco Golf Club is one of the Metroplex’s premier golf clubs. Featuring dramatic bunkering, scenic wetlands, and large, undulating Champion greens the 6,800-yard, par-71 layout offers a challenging yet fair test of golf for players of all skill levels. Let’s check out some results from the first leg: 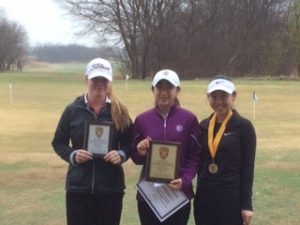 For the boys 15-18 division, who played the black tees, we had Yuki Moriyama from San Diego, CA shoot 79 the first day and a second round 3-under 68 for a two-day total of 147 to take home first. Coming in second place was Kona Kashiwagi from San Antonio, TX with a score of 73-78 for a two-day total of 151 and in third we had Cole Enlow from right there in Frisco, TX shoot 79-77 for a 176 total. In fourth place we saw Cole Ponich from Farmington, UT shoot 86-75 for a 161 total. 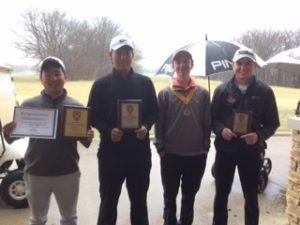 Our girls 13-14 division was quite light in the field this weekend with Makenzie Niblett from Austin, TX shoot 77-74 from the red tees for her first place trophy! 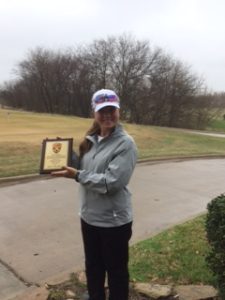 And rounding out our first weekend finishers, for the boys 13-14 division, coming in first place was Alexander Yang from Carlsbad, CA who shot consecutive 1-under 70’s from the white tees for 140 total and his title. Coming in second was Andrew Jung also from San Diego, CA who shot 75-72 for a 147 total and in third was Gaven Lane from Argyle, TX who shot 74-75 for a 149 total. Fourth place went to Matthew Spaulding from Spring, TX who shot 82-72 for a 154 total. 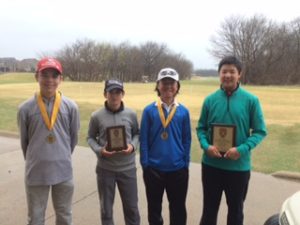 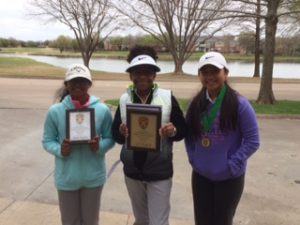 For the boys 11-12 division, who played the white tees, Johnnie Clark from Mesa, AZ shot red numbers both days with a first round 70 and second round 69 to end at 5-under 139. Coming in second place was Jacob Cole from Tyler, TX with a 76-72 total of 148 and we had a tie for third place! Both with a two-day total of 149, our tie was between Hunter Millsap from Frisco, TX and Ken Shibata from Carlsbad, CA. Our card-offs are determined by second day low score, thus, Shibata taking home the third place plaque and Millsap taking home fourth. 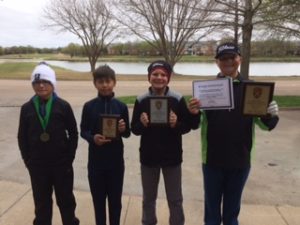 The girls 9-10 division played only 9 holes from their own special tees of which we had only Elise Liu from Richmond, BC who shot 41-43, total 84 for her plaque. Pictured with Elise is the boys 7-8 division who also played the FCG tees and 9 holes with Aadi Parmar from Selma, TX who shot 42-44, total of 86 and taking home second was Andrew Lu from Carrollton, TX who shot 42-45 for 87 total. 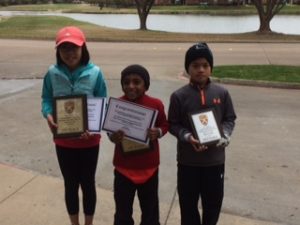 The boys 9-10 division played from the red tees and had Shiv Parmar from Selma, TX shoot 75-77 with a total of 152 for his first place plaque and coming in second we had another tie! Between Nathan Miller from Dallas, TX and Sterling Hurd from Austin, TX and both boys shot identical scores both days so our card-offs are then determined by back 9 low, of which both boys tied again so then it’s brought down to last 6 holes which ended up with Hurd taking home the plaque. 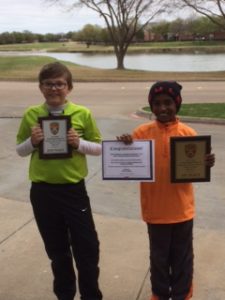 And lastly we had the girls 8-under division! These little ladies played only 9 holes from the special FCG tees. Coming in first was Kanak Yadav from Austin, TX who shot 44-45 for 89 total, in second was Khloe Yepez from Arlington, TX who shot 46-48 for total 94, in third was Kaitlyn Hines from Mesquite, TX shooting 51-52 for total 103 and rounding out this division was Okie Purvis from Edmond, OK who shot 62-60 for 122 total.

A special thank you to the courses, staff, parents, & participants for yet another awesome FCG event! Always striving to put on great events for our ‘future champions’ and those to come! Until next time… Tournament Schedule